A warming planet affects the world’s most vulnerable most 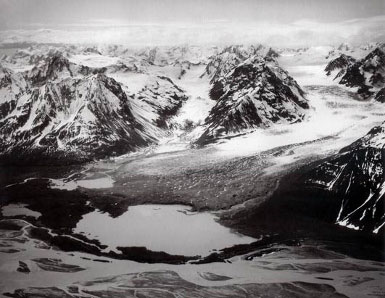 Okay, someone has to say it, and it might as well be me. The average temperature on the planet is rising. It has been for some time. Sea levels are rising. Weather patterns are less predictable. Violent storm events are becoming the norm.

In the United States for the month of June, there were over 2,000 record-setting high temperature events. A drought covers much of the country. Sure, the US has had droughts before, and heat waves, and out-of-control wildfires, but never of this magnitude, never so widespread and never so relentlessly. Statistically, the odds of a year like this happening by chance are on the order of one billion to one.

For most people, this is not news, but one would not know that from listening to the mainstream media and politicians in this country. The refusal to take action – or to even acknowledge that warming is happening in some quarters – will cost millions of people their lives, livelihoods and/or homes.

There is a deep irony afoot in the world today. The people who have the least impact on the planet will be most affected by global warming. These people are also the poorest and most vulnerable. And that makes me sad.

Low-lying, Pacific island nations will disappear as oceans rise. Parts of Bangladesh have already disappeared under rising water levels. Countries like Bolivia that depend on melt water from mountain glaciers will lose their water supplies as the glaciers disappear.

Many of the poorest nations on the planet have populations where a majority is descended from indigenous cultures. In the Indigenous view, Mother Earth is neither an inert object nor the source of resources but a home with which humans are related. How very sad and ironic it is that these countries will be most affected by the changes – and are least able to do anything to mitigate the effects. 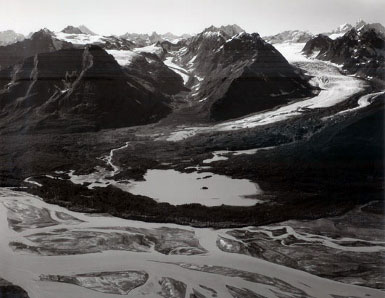 Bolivia, where 66% of the population is descended from indigenous people, is feeling the effects of a warming planet as the glaciers in the Andes melt. The glaciers are the primary source of water in the country. The seasonal glacial melt waters feed streams and rivers, providing fresh, clean water for Bolivians. During the winters, snowfall rebuilds the glaciers.

But what happens as the glaciers shrink, as they are? And what will happen when the glaciers disappear altogether?

Glaciers release water slowly, and the water tends to be cool and clean. Rain water tends to be more “flashy” with more forceful, shorter duration flows that have a greater erosive impact on the land. Rain events are also more unpredictable than water from snow melt.

Bolivia and other poor nations have spoken up at United Nations’ Climate Change meetings, in the hopes of persuading wealthy nations to take significant steps to minimize the human contributions to warming. Poor nations have asked the wealthy nations to compensate them financially for the impacts of rising waters, melting glaciers, desertification and increased rainfall. They have begged for assistance with mass relocation efforts as low-lying areas are inundated. But their pleas have fallen on deaf ears.

In 2010, representatives from many of these nations gathered in Bolivia for a Summit which resulted in a resolution asking the United Nations to recognize the rights of Mother Nature as being equivalent to those of humans.

Then, in early 2011, the nation of Bolivia adopted a set of laws that gives nature rights equal to those of man. The law established 11 new rights for nature, including: the right to life and to exist, the right to continue vital cycles and processes free from human alteration, the right to pure water and clean air, the right not to be polluted,  and the right to not have cellular structure modified or genetically altered.

The laws are derived from an Andean spiritual worldview, in which all organisms, humans included, are of equal importance to earth’s well-being. Seems to me those early people – people who some consider primitive or unsophisticated – were pretty smart.

Believing that the vast biodiversity in nature has a right to exist without being polluted, genetically altered or destroyed sounds quite sensible to me.