An Urban Oasis and Why it Matters to McHenry County 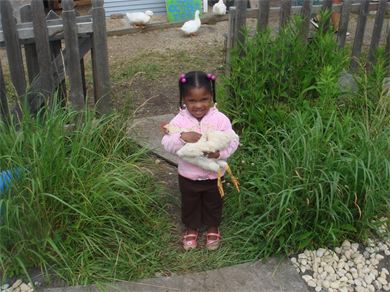 I want to share an inspiring story that I heard earlier this week:

Some years back, Michael Howard, Director of the Fuller Park Community Development Organization in Chicago, learned that his neighborhood had the third highest levels of lead of any neighborhood in the US. Its location between the Dan Ryan and the Chicago Railyards had led to deposition of lead from cars and diesel trains for decades before fuels were made unleaded.

Being an economically depressed area, there were many vacant lots, which served as de facto parks that kids would play in, all the while inhaling and ingesting high levels of lead. Michael wondered how those kids were ever going to learn anything in school with high lead levels in their systems. He launched a campaign to get the area cleaned up which resulted in 200 tons of lead being removed from the neighborhood.

Along the way, he realized that the Fuller Park organization he ran needed to get into the environmental education business, and so Eden Place was established 15 years ago on land that had been abandoned and used for dumping for many years. It is a 3 acre oasis with farm animals, a duck pond, vegetable gardens, chickens laying eggs, etc. They have 10,000 visitors a year go through the property including 1,000s of school kids who learn from the animals and plants.

What struck me like a lightning bolt while talking with Michael, was the power of a place like Eden Place to influence future generations of citizens – voters, politicians, workers, parents, on and on. 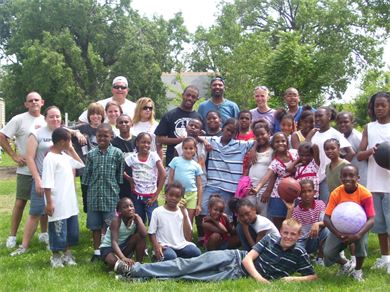 The majority of school kids in Illinois grow up in places more like Fuller Park than Woodstock or Algonquin. If those kids are not given the opportunity to experience nature in their neighborhoods, how will they learn to value the land and all it provides? If their only experience with nature or farming is a field trip once in their school careers, why would they ever see these things as relevant to their lives and their families?

There is so much that so many of us take for granted (myself included) – not having to worry about your kid being hit by a stray bullet while playing in the street for example – and Michael’s story reminded me of that. So, I intend to be more mindful of that in my work. Not that the work we are doing in McHenry County is any less important, but now my eyes are opened to the fact that it is not enough. If I believe that land preservation is important for the benefits it provides to people, then I have to care about every kid growing up in Fuller Park (or any other nature deprived area of the state) just as much as (if not more than) the Whooping cranes that may visit the future Hackmatack NWR.