Creek chubs to chainsaws: A roundup of CLIP Week 9

It’s hard to believe that nine weeks have already passed since the CLIPterns joined the TLC team, but each day is still an adventure.

Week 9 started off with a stream survey at Gateway Park with Randy Schietzelt. Although the stream was very low due to the dry summer, we caught and identified over 100 fish and invertebrates, including creek chubs, crayfish, darters, and snails. Randy generously treated us to Dairy Queen so we could cool down in the air conditioning as we filled out our data sheets. We then had a group dinner in Woodstock while we waited for the sun to set. 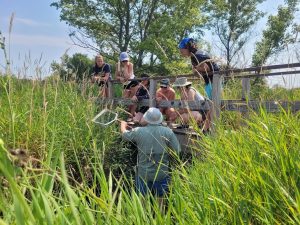 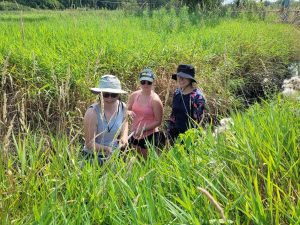 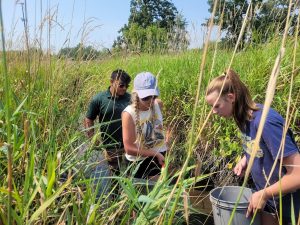 After changing out of our muddy creek clothes, we ventured out to Wolf Oak Woods in the dark with a bright light to attract nocturnal insects. Randy identified several insect species, including some beautiful moths. Despite being streaked with mud and swarmed by gnats, the day (and night) was a great experience. 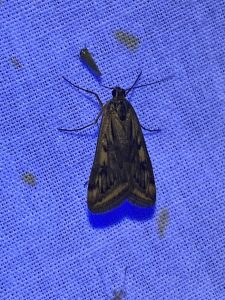 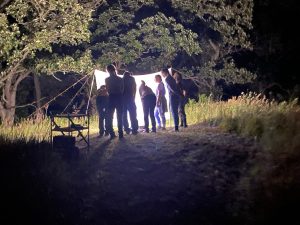 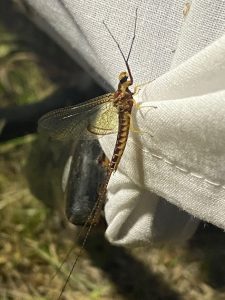 Most of Tuesday was spent collecting seed at Boloria Meadows. A variety of plants had seeds that were ready to collect, including spiderwort, coneflower, and a few different sedges. As always, Boloria was a very pleasant place to spend the day. 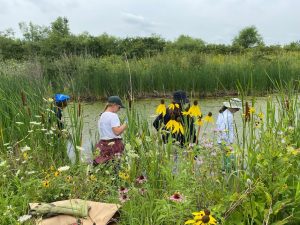 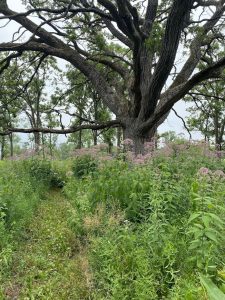 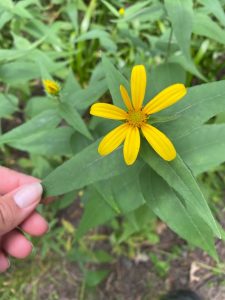 On Wednesday, Kim walked us through some of her past research projects and we discussed the basics of experimental design. We also learned about glaciers and how they shaped McHenry County and much of the Midwest with Ders Anderson. We then had a zoom meeting with Aarin Wilde, who worked in a lab with Kim in college and now works for an organization called Recompose. This organization is based in Washington state and composts bodies to return them to the forest floor. Aarin shared his experience in the environmental field from his time in college to his goal of creating a piece of land designated for green burials and conservation. We finished the day at Apple Creek cutting and herbiciding invasive teasel, but fortunately there were only a few plants to control.

As usual, Thursday morning consisted of a work day. This week it was at Tryon Creek, and though we had a somewhat smaller group this time, we made substantial progress with our wonderful volunteers. The afternoon included part one of our chainsaw training. Megan Oropeza, TLC’s restoration ecologist, patiently and thoroughly showed us how to sharpen, take apart, and reassemble the chainsaw and explained why this maintenance is important. Each intern took a turn disassembling the tool from the chain and bar down to the tiny e-clip and putting it back together, and we were all eager for our next lesson. 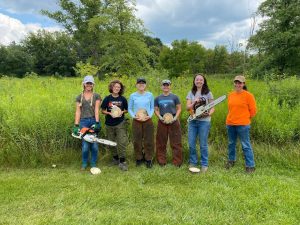 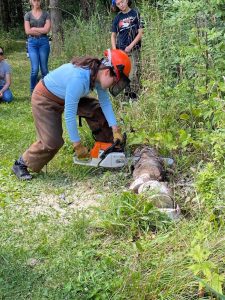 Friday began with a trip to the Huntley School District’s administration building to attend a talk on solar energy and tour a solar farm with the Environmental Defenders. In the afternoon we collected a few species of grasses and practiced identification using a dichotomous key. Lisa Haderlein, TLC’s executive director, then shared some of her knowledge on fungi, which included a short mushroom hunt in the woods at Hennen. 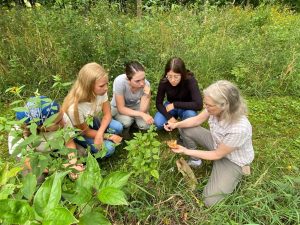 With just two weeks left, we are truly appreciative of our time together as we soak up this one of a kind experience. See you next week!