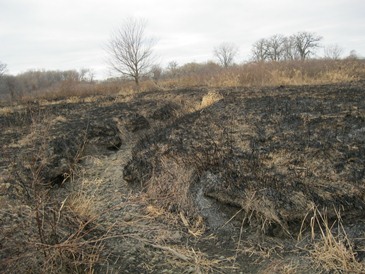 I am fascinated by water.

Humans can only survive a few days without it, and our bodies are 65% water. Less than one percent of the water on planet earth is available for people to use because the vast majority of water is in the oceans (where it is too salty for humans to drink) or it is locked in the polar ice caps.

Water is so essential to life, yet so often taken for granted.

Here in McHenry County, all of the water people use comes from the ground. Municipal and private wells reach down into “groundwater aquifers” and pump water up to the surface.

Aquifers are not underground pools. In this area, aquifers are found where deposits of sand, gravel, or sandstone have water filling the spaces between sand particles (or filling cracks in the rock).

If the water in these aquifers is not replenished, they can run dry just like a river or pond can go dry. And the source of water to refill an aquifer is the same as that which fills our rivers and ponds – precipitation (rain-sleet-snow).

We had a severe drought last year. On average, our area receives about 37 inches of precipitation each year. In 2012 we received about 25 inches.

The drought of 2012 led many local rivers and streams to run dry (like the one on the left side of the accompanying photo). Many ponds are very low, and some have dried up altogether. Farmers are able to cultivate parts of fields that were too wet to farm just a year or two ago.

Groundwater aquifers face a double whammy during a drought. First off, people pull more water out of the ground to water their lawns, gardens and farm fields to compensate for the lack of rain. Additionally, with no precipitation, there is no new water to replenish the water we are pulling out of the ground.

There is one final challenge that aquifers face when there’s a drought. They take time to recover even when rain starts to fall again. After all, the precipitation must be able to soak into the ground is areas where the soil is permeable enough to allow the water to pass through 100 to 400 or more feet of material. It can take several years for water that hits the ground today to make it to the nearest aquifer where it becomes available for a well to pump to the surface.

So, if you are still looking for a resolution for 2013, how about “I won’t take water for granted”?