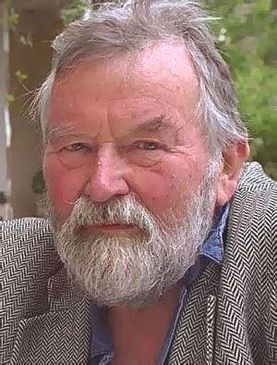 In 1979, author John Fowles released his non-fiction book “The Tree.” Coming from the author of The French Lieutenant’s Woman, this sweet little book must have surprised many.

The writing style is pure Fowles – densely packed with sensuous descriptions of his life in England – but the subject matter is unexpected.

Using his experiences with trees growing up and living in both urban and rural England, he expertly tells a story of the interdependence of humankind, art and nature.

Thirty years ago, he was asking questions that we have yet to answer. How do we heal the disconnect between people and nature? Are doing nature a disservice when we try to explain it using science, rather than appreciating it as we do great art?

Nature is much more than the sum of its parts, just as a Picasso is more than brush strokes on canvas.

What would it say about us if we took all of the works of poetry ever written and gathered them together to destroy them? Fowles felt that this is exactly what we were doing to the natural world. Taking the amazing, complex and original creation that was given to us, and destroying it — consciously, deliberately, knowingly denying future generations the opportunity to enjoy and experience things that we have had the chance to know.

It’s quite barbaric, actually, when one stops to think about it.

He offers no answers, at least nothing explicitly stated. But, as with a Fowles’ novel, answers are there on the periphery, at the edge of consciousness. That place that lies between dream and reality, where truth is often found.

For Fowles, the secret to nature lies in the woods. As he explains, woods are quite elusive to the artist, whether she be writer or photographer. The reason is that the complexity of any woodland can never be captured in its entirety – it can only be experienced by the individual.

That seems the crux of the challenge we face in changing the prevailing relationship between humankind and nature: there is not one answer – there are as many answers as there are individuals.