Kale does not get my vote… 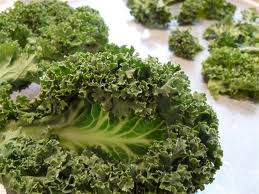 Has this election cycle left you with a bad taste in your mouth? Well, at least no one’s making you eat kale.

I’m a fan of eating seasonally fresh foods, but that has never included certain vegetables that are common this time of year: brassicas.

Broccoli, kale, cabbage, Brussels sprouts, cauliflower and bok choy are all members of the Brassica family. Some folks refer to the group of vegetables and other plants as the “cabbage family” or the “mustard family,” because who has ever heard of a brassica anyway?

For many years, I thought my dislike of these particular vegetables was a hold-over from being a “picky eater” as a child. I assumed that Brussels sprouts were an “acquired” taste or something that one grew to like in adulthood. But not me. Several decades into adulthood, and I still avoid the bitter-tasting brassicas.

I learned recently that I’m not just being “picky,” I actually have a specific gene that heightens my sensitivity to foods that contain a certain type of chemical compound. And that chemical is found in high concentrations in brassicas. And for billions of people on the planet, those vegetables have a bitter taste.

Still, as the primary cook in my household, I am called upon to prepare brassicas by my partner who does not share the bitterness gene. So, over the years, I have found ways to prepare many of these vegetables. For instance, broccoli is quite good when combined with potatoes to make a creamy soup. Brussels sprouts become palatable if baked in a casserole with cream cheese and parmesan cheese. Bok choy is actually tasty when I chop it and stir fry it with mushrooms, red pepper flakes and sesame oil. In effect, I use other vegetables and spices to mask the bitterness.

There is just one brassica I will not eat: Kale. I know, I know, kale has lots of vitamins and is really good for me, but it is one taste I am not going to acquire.