Nature and the Economy 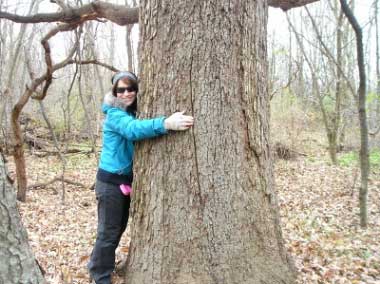 I heard an amazing speaker at MCC recently, Jon Erickson, Dean of the University of Vermont’s Rubenstein School of the Environment and Natural Resources. Erickson is an economist, which would normally have kept me away from his talk, but he is unlike any economist I have ever heard, and I am very glad I went.

The field of economics has focused largely on measuring “economic” growth – things like sales, production and jobs. A term you may have heard is “GDP,” or Gross Domestic Product, which is the traditional way of evaluating a country’s economy. In the GDP system, things like hurricanes, pollution and crime all end up being positive for the overall economy because they lead to increased spending.

That sounds absurd, doesn’t it? Maybe so, but that has been the dominant economic measuring system since the 1950s!

Back in those days, Americans didn’t think about pollution, or things like “running out of oil.” We were building the Interstate Highway system, encouraging every American to own a car and buy a home in the suburbs. We were spraying mosquitoes with DDT, and pumping new-fangled chemicals over our farm fields to increase crop yields. Bigger and faster meant better. Gasoline cost 15-cents a gallon, and one could stick a straw in the ground in Texas and oil would flow!

Starting in the 1960s, the environment began to degrade as a result: eagles nearly went extinct, rivers caught on fire, Love Canal was brought to light – along with thousands of similar (but less well known) toxic waste dumps.

And, yet, forty years later, and the field of economics is only now starting to officially recommend ways to factor in the costs of “growth” – costs to our quality of life today and costs to the ability of future generations to have a good quality of life.

Erickson explained that there is a growing movement among economists to replace the old focus on measuring financial growth as an indicator of success with a system to measure resilience.

In the new system, one calculates the GPI (Gross Progress Indicator) for a state, city, country or business by taking the traditional measures related to how much money changes hands (buying and selling goods and services), and factoring in the social conditions (crime, education, war, volunteerism, divorce and health) as well as the environmental costs and benefits that include pollution, resource depletion (e.g. coal and oil extraction) and the effects of climate change.

Imagine an economic system that doesn’t treat a hurricane – or a war – as “good” for the economy. That’s crazy!