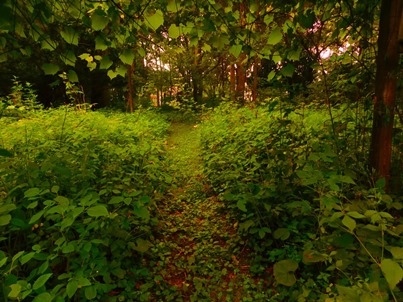 I cannot recall the last time I experienced silence – the complete absence of sound.

Sure, there have been times that I would describe as “quiet,” even very quiet, but not silent. Even late at night when Harvard is asleep, I can hear the train engines idling a mile away.

The lack of silence in our lives is a health problem that also affects our mental capacity. This fact was first recognized over a century ago. Florence Nightingale, famous British nurse and activist, declared back in the 1800s that noise inflicted on patients was “cruel,” as it hindered their recoveries. Additionally, her American contemporary, writer Herman Melville wrote: “All profound things and emotions of things are preceded and attended by silence.”

Mental capacity and creativity benefit from silence as well. The noise stimulation we receive on a continual basis drains our mental capacities, making it harder for us to process information and make decisions. Apparently, this is because noise keeps our brain operating on its surface, whereas silence allows the brain to function on a deeper level.

Think of it this way – if you are always reacting to what is going on around you, you do not have the ability to think deeply about anything.

Further, a 2013 study of mice found that silence actually leads to the creation of new brain cells in the hippocampus, the region of the brain associated with memory, emotion and learning. Researchers are now investigating whether silence might help ward off dementia, Alzheimer’s and depression.

While reading up on silence and the health problems associated with noise, I noticed several references to the benefits of walking alone in nature as a way to bring silence into one’s life. Apparently, natural sounds like crunching leaves and singing birds have the same effect as the absence of any noise.

In recent years, a decades-old Japanese practice called Shinrin-yoku – translated as “forest bathing” – has grown in popularity in the United States. As opposed to “nature hikes,” where one expects to either learn something new or get some exercise, Shinrin-yoku is simply the practice of being in the presence of nature. Whether done alone or in groups, forest bathing means slowing down and absorbing the smells, sounds and sights of a natural setting.

Numerous studies in Japan found increases in immune function for those practicing forest bathing. The Japanese and Koreans recognize forest bathing as a medical treatment that is covered by health insurance.
So, next time you are feeling stressed or depressed, try taking a slow, quiet walk through the woods, and see if it helps you feel better.

I know it works for me.

Getting outside to restore land can also be therapeutic! A couple of opportunities in the Harvard area include: