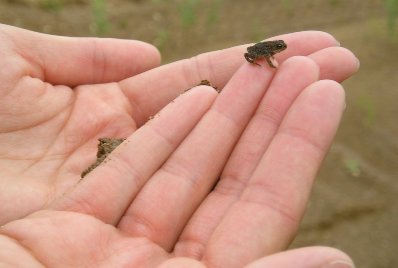 Over the past 544 million years, Earth’s had five major extinction events. A major extinction is one where between 70% and 90% of all species on the planet are lost – never to be seen again. Each of the five was caused by a cataclysmic event – like the meteor that killed the dinosaurs when it slammed into the Yucatan peninsula 65 million years ago.

Over most of the time since the dinosaurs’ demise, the total number of species on the planet steadily increased. That is, until about 60,000 years ago when the Anthropocene – “Age of Man” – began.

Since humans came on the scene, species diversity, aka biodiversity, has trended downward, but in the last 500 years, the pace of extinctions has accelerated dramatically. Now, the planet stands poised on the brink of its sixth major extinction event, only this one will be caused by just one species – Homo sapiens – us.

According to a recent article in Time magazine, 25% of species on the planet have gone extinct in the last 500 years. At this time, over a third of remaining species are at high risk of extinction. For some groups of species, more than one-third are at risk – over 40% of amphibians (e.g. frogs and toads) are likely to die off, as are 100% of crickets and grasshoppers! ALL crickets and grasshoppers!

Sometimes, extinction occurs because humans kill the animals (e.g. the Western black rhino, which numbered over one-million in 1900, was declared extinct in 2011 due in large part to poaching for their horns).

Many times, species die because habitat is destroyed or altered to the point where they cannot survive. Structures, like roads, and fragment habitat prevent species from reproducing, so they die out over time. Swamps are “improved” by draining them, and the frogs, turtles, birds and insects that called them home literally dry up and disappear.

While humans may be the problem, there is also the opportunity for us to be the solution.

A recent article in Smithsonian Magazine suggested setting aside half of the Earth for humans and the other half for the roughly 10 million organisms with whom Homo sapiens shares the planet.

Scientists suggest that biodiversity on Earth could be preserved by a network of large protected areas connected by corridors of habitat equal to half the area of the Earth’s surface that allow species to move safely across the landscape in response to climate change and natural disasters.

Can it be done? Would humans agree to “give up” half the surface of the Earth to the non-human species with whom we share the planet?

McHenry County has more than 390,000 acres of land, so 195,000 acres is half. The Conservation District owns just over 25,000 acres of land, and the Illinois Department of Natural Resources owns another 5,000 acres at Moraine Hills and Chain O’Lakes State Parks. Various park districts, TLC lands and privately-owned Nature Preserves add another 3,000 acres, bringing the total to 33,000 acres, or about eight and a half percent of the land area of the county. That leaves another 162,000 acres needed to preserve biodiversity.

162,000 acres is a lot, but consider this – all of the water that humans use in McHenry County comes from aquifers in the ground, and the land area that allows rainwater to soak into those aquifers amounts to 222,000 acres of land, or 57% of the land area of the county.

In other words, if we plan for biodiversity AND human water needs, half the surface area of the county seems quite realistic. When humans realize that their own self-interest is at stake, perhaps there is room for biodiversity?