Seeds for the future: A roundup of CLIP Week 8

Though I was gone last week for a drum major camp, I was excited and ready to be back at TLC for week 8 of our CLIP internship!

We started the week by heading to Waichunas Coservation Area in Island Lake, targeting primarily teasel and purple loosestrife (though the occasional mullein did pop up). Thankfully, neither of the invasives’ populations were too extensive, so we managed to wrap it up pretty quickly. We then headed to another site in Island Lake, expecting to find an abundance of teasel and loosestrife. Instead, what we found was much more enticing – hibiscus and native phragmite. Though the hibiscus was not yet in bloom, it was still quite exciting.

After lunch, we got a warm welcome from Sheri Doyle at McHenry County College for a tour and general overview of the MCC horticulture department facilities. We learned techniques for producing food in varying conditions, sampled some edible plants, and were introduced to nativars (native plants specifically bred to have more aesthetic landscaping appeal, but often can cause confusion and other issues for pollinators). We finished off the day with a career talk led by our tour guides. 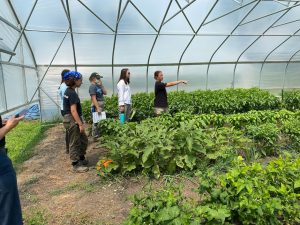 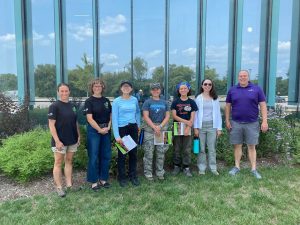 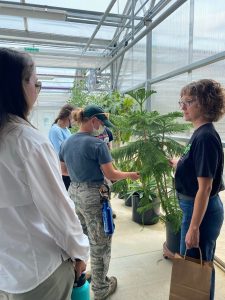 Tuesday brought a full day of invasive management. In the morning, we headed to Gateway Park in Harvard to eradicate some teasel, which proved to be successful. In the afternoon, we aimed to do the same at Remington, and took turns snipping flowering heads and herbiciding the plant. We also got some lead plant seeds, though a vast majority of the population was not quite yet ready to be collected. 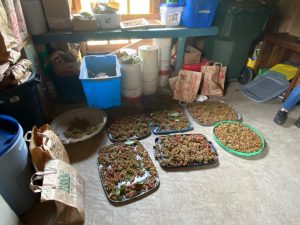 Wednesday proved to be the most successful seed collection day yet. After some valuable words and career insight from Audrey Pangello of the Natural Resource Conservation Service, we set off to Ryder’s Woods in the hopes of finding a good amount of various seeds to gather; indeed, our mission was more than successful. We gathered a massive haul of feathery false Solomon’s seal (arguably the most I will ever see in my life), as well as quite a bit of regular Solomon’s seal. Our lunch break brought the discovery of some interesting words hidden in a sumac, though the curiosity was quickly interrupted by the excitement of finding the elusive starry false Solomon’s seal at Donato Conservation Area. The rest of the day was then spent at Yonder Prairie, where we collected another huge haul of a sedge species, as well as a significant amount of spiderwort. All in all, it was quite a successful day! 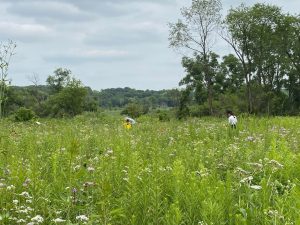 We kicked off Thursday by heading to Brown Bear Daycare in Harvard, where we visited a couple of classrooms and provided a variety of native plants for the preschoolers to draw. Afterward, we led them on a nature walk/scavenger hunt at Gateway Park, and brought some of our favorite discoveries of the summer for a little show-and-tell. We wrapped up the day by heading to Crowley Oaks Woods to clear out some invasives where the future parking lot will be. 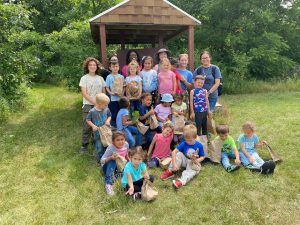 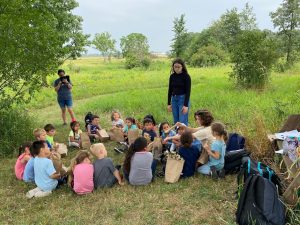 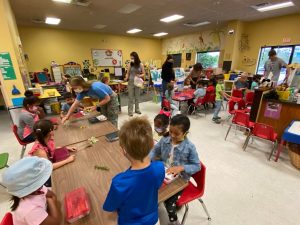 We finished off the week with TLC Board Member Randy Schietzelt and the rest of the crew, monitoring a conservation easement in Johnsburg. A vast array of native animal species were spotted, including a bald eagle, red headed woodpeckers, and many others. We then headed out to a TLC board member’s house, where we were greeted with lunch and hospitality while we input our discoveries from the monitoring trip into a formal database. The day ended with some teasel management at Apple Creek, as well as pulling the occasional white sweet clover. 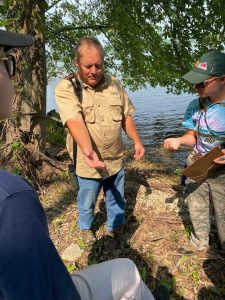 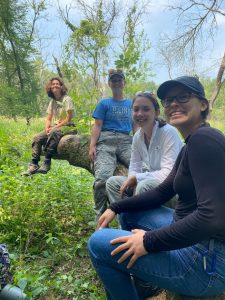 As the final weeks of the program start to close in, I’m hoping to make the most of each and every second. I will really miss this summer, though I now have the skills and the confidence to move forward with all that I’ve learned. Thanks for reading!