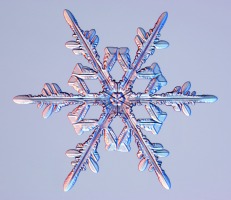 When first married, my husband and I moved to Vermont from Chicago, motivated by our image of that state as a beautiful, rural paradise – the antithesis of gritty Chicago where our car got broken into every few weeks. We thought Vermont would be a great adventure.  Turns out “adventure” wasn’t quite the right word.

Our moving date was in early November, and after we arrived, it was at least 30 days until we saw the sun. Our trusty VW Rabbit had a stick-shift – which had not been a problem in Chicago where the landscape is fairly level. But, in Vermont, we couldn’t even get in or out of our neighborhood without going up and down a couple of hills. On streets covered in snow and ice.

We expected that having grown up with Chicago winters would prepare us for anything, but we were wrong.  The sheer volume of snow that fell in and around Burlington, and the absence of sunshine for weeks at a time, made that first winter pretty tough.

Add to the mix the fact that we were newlyweds in a new place without friends and without jobs (we each found something by January), and that meant we spent a lot of time in our apartment that winter – reading, playing cards, questioning the wisdom of our cross-country move…

became the first person to photograph a snowflake. In 1925, after photographing thousands of snow crystals, he wrote:

“Under the microscope, I found that snowflakes were miracles of beauty; and it seemed a shame that this beauty should not be seen and appreciated by others. Every crystal was a masterpiece of design and no one design was ever repeated. When a snowflake melted, that design was forever lost. Just that much beauty was gone, without leaving any record behind.”

That fact never occurred to me – if each snowflake is unique, then once it is gone, there will never be another like it.

According to a story on the Smithsonian’s website, “snowflakes start as ice crystals that freeze around small pieces of dust in the air. As they fall to the earth, the ice crystals join together to form snowflakes. The shape of each snowflake is determined by temperature, wind, the amount of time it takes to fall to the ground, and the amount of water vapor in the air.”

For example, the classic snowflake shape – some variation on a six pointed star with delicate branches (called stellar dendrites, like the picture above) – is most likely to be formed when the air temperature is below 10 degrees Fahrenheit. At higher temperatures, snow crystals may be more disc-like, cylindrical or stick-like.

Vermont residents are quite proud of Snowflake Bentley, and the Jericho Historical Society still maintains a website dedicated to his work for those who wish to learn more: snowflakebentley.com. After living in Vermont for 3 years, Tom & I came to understand why it was a Vermont resident who figured out that no two snowflakes are alike: First off, there are a lot of snowflakes to photograph, plus, there are about five months of the year where it is so snowy and cold that one needs to have a hobby to keep from going stir crazy.

Wilson A. Bentley chose a winter hobby that took advantage of a resource available in abundance right outside his front door – and more than 100 years later, every child still learns that no two snowflakes are alike.

I never thought a hobby could make someone immortal.

Melt away your winter blahs February 1st from 5-7pm at the “Green Drinks” gathering at Duke’s Alehouse and Kitchen in Crystal Lake. The guest program for the evening will be from EcoMyths, a Chicago group that seeks to dispel some of the more common environmental myths.

Other February events where people can connect with each other and the land include TLC’s restoration work party at Yonder Prairie in Woodstock on February 12th – check ConserveMC.org for time and directions. On the 25th the Natural Landscaping Seminar at MCC will be held. Visit TheWPPC.org for details.