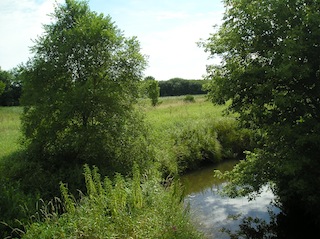 There is a concept known as the Commons which refers to all of the natural resources that do not belong to any single entity or individual, but belong to society as a whole.

Commons includes air, water, navigable rivers, the oceans and the like. Every living thing needs some combination of air and water to live. And rivers and oceans are in constant motion, so do not lend themselves to individual ownership.

What hasn’t always been clear is whether some have the right to pollute the Commons – or overfish the oceans, rivers and lakes – even if that spoils them for others. Before clean air and water laws, people and businesses used air and water to dumping waste because that didn’t cost anything, which was good for the bottom line. Nevermind that thick, brown smog blanketed urban areas and rivers sometimes caught on fire.

Over time, regulations were enacted to help protect the commonly used air and water so that the decisions of some to release pollution into them were balanced with the health and well-being of all people. These regulations improved life and the economy for everyone. Rivers don’t catch on fire, Lake Erie isn’t dead, and one cannot see the air in US cities.

Yet, problems persist. An “island” of plastic trash in the Pacific Ocean is larger than Texas. Coal mining companies literally remove the material from the top of mountains in Appalachia and dump the rock onto the surrounding landscape to mine the coal in the mountains. Hydraulic fracturing, “fracking,” to extract natural gas that is trapped in shale formations deep underground, has resulted in polluted water supplies from Pennsylvania to Australia.

The situation is what economists have long described as “the tragedy of the Commons,” meaning that when individuals make decisions about the use of shared resources, they will act in their own self-interest, whether or not that is good or bad for the community. Another way of putting it is that people and businesses tend to make decisions based on short-term gains rather than long-term sustainability.

For those who saw “The Lorax” movie, or read the book, the story is familiar. Use and despoil the local resources so long as a profit can be made, then when the money dries up, move on and start over some place new.

Personally, I object to the term “tragedy” because it implies that there is some aspect of fate that led to the bad situation. It is tragic when a man catches the early train to get home to surprise the family, only to be killed when that train is derailed in a collision with a truck. It is not tragic when a company injects toxic chemicals into a well knowing that 5% of the well casings will fail, and the chemicals then show up in local wells and people get sick. I would not call that a tragedy – I would call it a crime.

After all, everyone needs clean air and clean water to live. No one needs natural gas to live.