The Power of the Individual

In our work at TLC, we are often reminded of the power of the individual to make a profound difference in the world. An acre at a time, and after twenty years, nearly 3 square miles of land have been permanently preserved in one of the fastest developing counties in the US (until the recession, that is).

But TLC & McHenry County are not the only groups and places that are experiencing a groundswell of private land conservation. 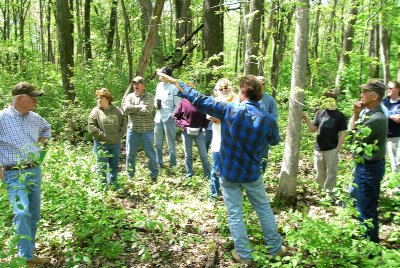 The first census of conservation land trusts in five years found 10 million new acres conserved across the US since 2005, including over 90,000 acres in Illinois and 1,360 acres by TLC here in McHenry County.

The National Land Trust Census, released by the Land Trust Alliance, shows that voluntarily protected land increased 27 percent between 2005 and 2010. In the same time period, the federal Land and Water Conservation Fund, a major federal conservation program, added just over 500,000 acres and saw a 38% funding cut.  You can find the census is online at www.lta.org/census.

A total of 47 million acres—an area over twice the size of all the national parks in the contiguous United States—are now protected by conservation land trusts. A high percentage of the new acreage comes through local land trusts like The Land Conservancy of McHenry County. In Illinois, land trusts conserved over 90,000 acres between 2005 and 2010, a 42% increase in land protected when compared to 2000-2005. Given declining state and federal budgets for land preservation, this news offers some encouragement: individuals are stepping up and working with nonprofits to help guarantee a legacy of land will be passed down to future generations of Americans!

In McHenry County, TLC permanently preserved 1,360 acres of natural, agricultural and scenic land between 2006 and 2010, a five-fold increase from the 257 acres we had protected from 1991-2005. An important factor in that growth has been an enhanced Federal Income Tax deduction for landowners who place a voluntary, permanent conservation restriction on their land.

But, the biggest factor in the growth of local private land preservation is the fact that McHenry County residents value the land and all it provides. And, local people are investing in our future by working with TLC to ensure clean water, local food and places to play for our children and for generations to come.

TLC has seen modest increases in its budget since 2005, and has been glad to maintain a staff of 3 full-time and one part-time employees since 2007 despite the economic slow-down.  Believe it or not, our workload has actually increased since 2007. It seems that in these economic times, more people are thinking about their legacies and their core values. They may not be able to do anything about the global issues, but they can do something to make a lasting, positive difference right here where they live. And at TLC we are privileged to have the opportunity to work with so many amazing people who want to leave a legacy of undeveloped natural – or agricultural – land!

TLC is on track to preserve an additional 100 acres by the end of the year by working in partnership with individuals and communities, bringing our total protected acres close to 2,000! The pending projects range from 55 acres of restored prairie, wetland and oak woods to a 2 1/2 acre Arboretum that will be available for educational use forever. That’s pretty cool if you ask me!

Thank you for doing what you can to make it all possible!

The Land Conservancy of McHenry County, a 501(c)(3) not-for-profit organization, has been working since 1991 to preserve the natural and agricultural bounty & beauty of McHenry County by working with individuals and communities. TLC is supported by its local members and donors and does not receive any state, federal or local tax revenue to operate. TLC has its office at 4622 Dean Street in Woodstock.