What does the warm winter mean? 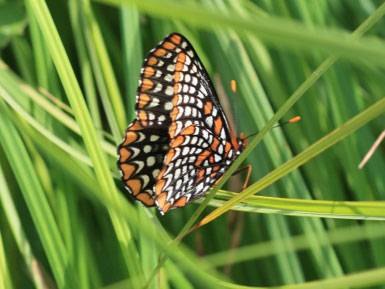 In December 2010, I wrote an article about the coming of winter – “Slow down and take a cue from nature“

In it, I discussed the fact that in this part of the world, nature takes a break in the winter, and so should we.

Now that we have reached February 2012 with barely a week’s worth of winter days thus far (not that I’m complaining, just observing), I find myself wondering what impact an unusually warm “winter” might have on nature & humans.

From what I’ve read, one warm winter may not have much impact, but several in a row will. And while those impacts may not be evident for many years, given that this warming during winter is a well established trend, the impacts are very real, and may be irreversible.

According to the Union of Concerned Scientists, “many formerly synchronized life-cycle events are now out of whack. For example, bird migrations timed to seasonal changes or temperatures may begin earlier. And these birds may find that the insects and other creatures on which they feed along migration routes are not available. Meanwhile warmer temperatures in late winter may force flowers to bud early, leaving them vulnerable to late-season frost.”

Further, many tree species need a dormant phase as part of their life-cycle – Sugar Maples for example. The State of Vermont is already seeing declines in its maple syrup production as climactic conditions that cause the maple sap to flow change, and the health and abundance of the sugar maple trees declines.

A prolonged winter freeze helps keep pests (insects and weeds) in check, which keeps them from overwhelming native trees and other native species. Consider a plant like Kudzu – a vine that has had devastating effects on forests in southern parts of this country. So far, our area has been safe from being overrun by Kudzu because it is not hardy – the vine dies back each winter due to the cold. It may pop up here and there, but it is an annual that dies in winter and must regrow from seed the next year. Imagine how much damage the vine could do if we had a series of winters that aren’t quite cold enough, long enough to kill it.

Late last month, the US Dept. of Agriculture released its latest “hardiness zone” map. The map is based on the average annual winter temperature, averaged over 30 years. It is used by gardeners, nurseries, farmers and others to select plant species and planting times appropriate to one’s region of the country. For a variety of reasons, the hardiness rating for most areas of the country shifted by about 5 degrees since publication of the last map in 1990.

That is a disturbing trend. Imagine another 5 degree shift in just 20 more years, and suddenly kudzu is hardy in Northeastern Illinois. But the warming trend does not just impact plants and animals.

According to the Union of Concerned Scientists, the impacts of warming on plants have human health effects as well: “Warmer temperatures and higher concentrations of carbon dioxide in the atmosphere stimulate some plants to grow faster, mature earlier, or produce more potent allergens. Common allergens such as ragweed seem to respond particularly well to higher concentrations of CO2, as do pesky plants such as poison ivy. Allergy-related diseases rank among the most common and chronic illnesses that can lead to lower productivity.”

Nuisance insects like fire ants move north as the climate shifts, as do certain insects that carry disease.

So, I’ll hold off on a happy dance for this un-winter of 2011-12. I sure hope it’s something we don’t see again for many years.