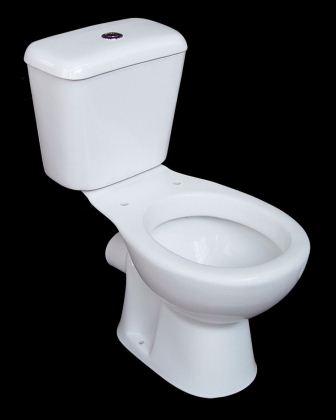 A friend of mine, Debra Shore, is on the board of the Metropolitan Water Reclamation District which oversees management of the stormwater and sewage treatment and disposal systems in much of Cook County. In honor of World Water Day (March 22nd), she sent out the following message that I quote in its entirety.

“We have lived through the golden age of water, the era when water was safe, abundant, and cheap. At least that’s what Charles Fishman asserts in his compelling book, The Big Thirst, published in 2011. In the 20th century, Fishman contends, in the United States and the developed world, “we could use as much as we wanted, whenever we wanted, for almost no cost.” But in our uncertain future, no longer will those three characteristics be present at the same time. Fresh water may be abundant and safe, but it will not be cheap. Water may be cheap and abundant, but it won’t be safe.

“The development of water filtration and treatment systems installed in municipalities throughout America between 1900 and 1915 led to the most dramatic improvements in quality of life and increases in life expectancy. “How much did clean water matter?” Fishman writes. “[Two professors] conducted a remarkable analysis, published in 2005, teasing out the impact of the new water treatment methods on the most dramatic reduction in death rates in U.S. history. By 1936, they conclude, simple filtration and chlorination of city water supplies reduced overall mortality in U.S. cities by 13 percent. Clean water cut child mortality in half.”

“Yet the miracle of modern water utility – that throughout America we can turn on our taps and expect safe, fresh water to come out every time – has lulled us into thinking it will be like that always. Not so, says Fishman, and I agree.

“Those of us who live near the southern tip of one of the world’s great lakes are both lucky and obliged: Lucky because the Great Lakes collectively hold nearly 20 percent of the world’s fresh surface water; obliged because we must become better stewards of this precious, irreplaceable resource. In the last six years we have lived through water abundance – two of the wettest years on record (2008 and 2011) — and water scarcity. The water level in Lake Michigan reached its all-time low in January and the Midwest experienced a severe drought in 2012. These wild swings are likely to continue, a possible sign of climate change.

“The average daily water consumption in Cook County is 165 gallons per capita (gpcpd), according to David St. Pierre, executive director of the Metropolitan Water Reclamation District (MWRD). “That’s huge,” he says. The national average is 100 gpcpd and in Atlanta, where water supplies are scarce, consumption has dropped to about 40 gpcpd. The MWRD treats 1.2 billion gallons a day of wastewater on average. “If we cut our water use in half,” says St. Pierre, “that’s like building another tunnel system to handle storm events. You’ve just significantly increased the size of your system [without spending hundreds of millions of dollars on new reservoirs or tunnels].”

“Biggest single thing you can do to conserve water? Get a new, dual-flush or low-flow toilet. I know, sounds funny, right? But old toilets are the largest single user of water in our homes and leaking toilets can waste huge volumes of water without noticing it (because water is still so cheap). Fishman again: “We use more water flushing toilets than bathing or cooking or washing our hands, our dishes, or our clothes. The typical American flushes the toilet five times a day at home, and uses 18.5 gallons of water, just for that. What that means is that every day, as a nation, just to flush our toilets, Americans use 5.7 billion gallons of water – 5.7 billion gallons of clean drinking water down the toilet.”

“So, my friends, on this World Water Day, let’s be mindful of our water use, thankful that we can depend on fresh, safe and, yes, still cheap water issuing reliably from our taps, and resolved to retrofit or replace our toilets. Because water matters.”

The bottomline is that if we take water for granted, we do so at our own peril. Remember, people can live a few minutes without oxygen, a few weeks without food, and just a few days without water. Lisa